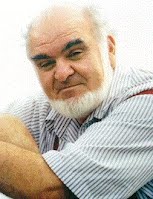 In 1981, Romeo Maione, a former Canadian YCW leader and president of the International YCW who worked with Cardijn, proposed that Cardijn to be made a Doctor of the Church.

CARDIJN – DOCTOR OF THE CHURCH

Cardijn received the normal seminary training. He was trained to be an intellectual but he could not accept the traditional role of intellectuals, today I think, tomorrow all will come to understand what I know. This role was to pull all the rest towards the ideal. They came to thinking that it was their role to pull the masses towards the light.

What Cardijn discovered was that culture is but the reflection of the masses. It is the masses that build up a culture. Without the participation of the new masses, the industrial workers, a new culture could not be built. The modern world could not reflect the glory of the creator if the world was to continue insisting that workers were nothing. If the masses are treated as nothing, then the whole culture must necessarily be embraced as nothingness. Nothingness cannot be the centre of culture. Nothingness can only beget nothingness.

Cardijn insisted that the illness of alienation can only be cured by faith. It is in this cure that Cardijn is at his best. the act of faith is not outside of the person but rather it is an act of faith in oneself. This is the first step in a very long process of spiritual growth. It is only with this act of faith that one hopefully will make an act of faith in the creator that lives at the centre of creation and even more intimately in the depths of the person.

Cardijn cured the deadly illness of alienation by asking young workers to believe in their dignity and importance. Without this act of genuine faith, all other acts of faith but confirms their nothingness.

This act of faith in one’s very uniqueness and irreplaceability must necessarily precede the seeking of social justice, yes, and even evangelization. The first step of evangelisation that is bringing the good news to workers is that they are important, their work is important. God waits patiently for this discovery. Without this first step, we are condemned to confirm alienation.

The church has still to discover that one cannot build an edifice of faith without first allowing the faith to develop in the very inner spaces of modern nothingness.

The time is ripe with a new millenium around the corner of history for millions of young workers and students who found real faith through the methods and teachings of Cardijn to ask the Church to declare Cardijn a true doctor of the church. I am not sure of the church process in declaring one a doctor but surely if the Church is to receive a million or so letters asking that the Church name Cardijn a doctor of the Church something is bound to happen.